Flint River Baptist Church was organized January 25, 1825, and was located on three acres of land southwest of what is now Spring Street and Highway 19/41. Rev. William Mosely served as the church’s first pastor for three years, during which time membership increased from 14 to 79.

The fourth church building, built in 1893, seated five hundred worshippers. Jonesboro Baptist Church called its first full time pastor, Rev. Herbert Massey, in 1920. Two years later, the fourth church building caught fire and was destroyed. Ladies of the church raised money for a new church by selling cakes and candies, while men of the church pledged materials and their labor to rebuild. During the Great Depression, members were asked to fast one meal a week and give the cost of the meal as an offering. Because of their sacrificial giving, an electric organ was purchased and the church library was organized. In 1951, a fellowship building with a fully equipped kitchen was built. In 1954, the church hired its first minister of music.

Jonesboro Baptist Church changed its name to First Baptist Church of Jonesboro in 1955. In 1982, the music ministry started the orchestra program to accompany the adult choir. Since 1987, mission teams have built churches around the world. Our college and high school students, too, have traveled to foreign countries on mission teams and participated in mission efforts on their campuses and in our community. In 2000, the oldest church building was destroyed by fire, but this led to another rebuilding effort. The Recreational Outreach Building (ROC) was opened in 2002. In 2008, our pastor, Dr. Melvin Blackaby, was called to the church, now known as First Baptist Jonesboro. To this day, the church continues to grow and thrive as we do Life. Together. 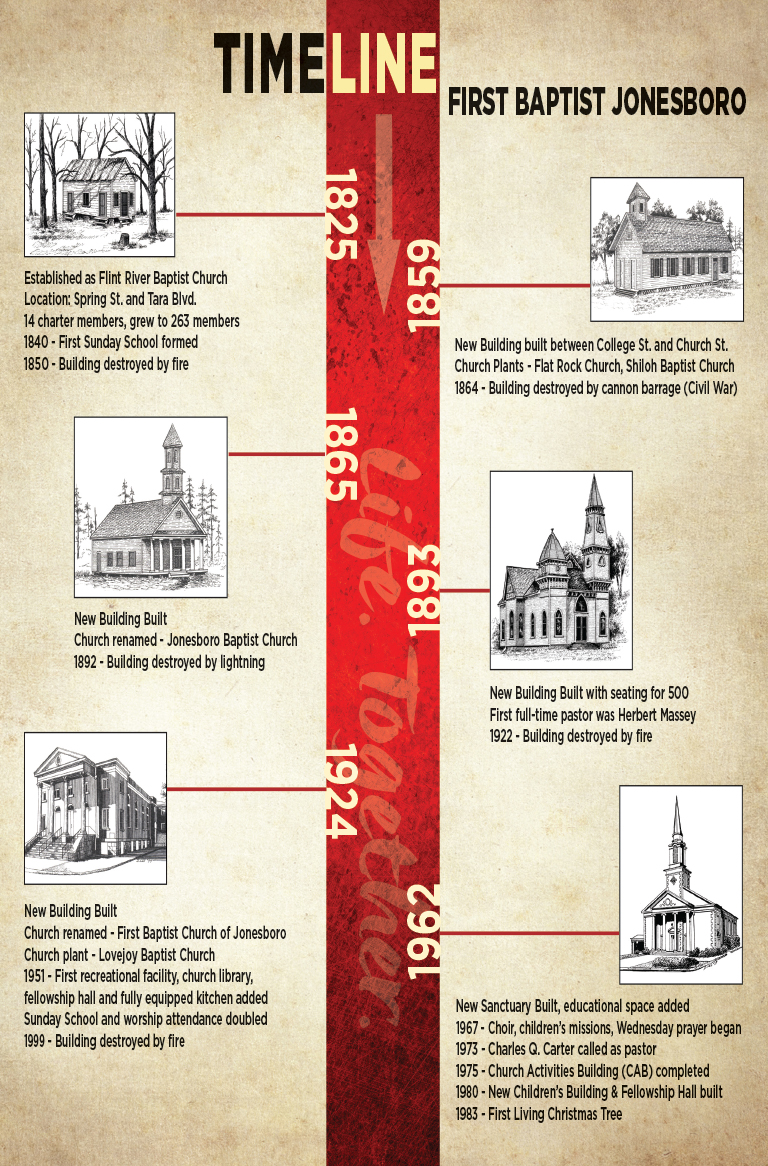